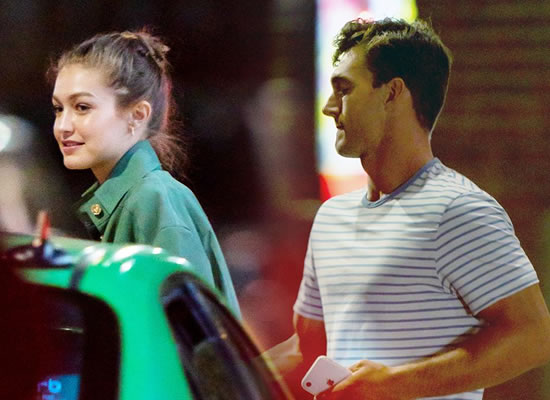 Hollywood stars Gigi Hadid and Tyler Cameron's budding romance is noticeable as the models were spotted yet again leaving the supermodel's New York apartment separately on Monday evening. This is the third time Gigi and Tyler were spotted since their two back-to-back dates a few weeks ago.
As per a tabloid, Tyler left Gigi's apartment around 6 pm and about 45 minutes later, Gigi Hadid stepped out wearing an all-black outfit. She left the building and went to see friends in the Soho neighborhood, the report specified.
Tyler, who is a reality star as well as a model, has been spending quite a bit of time with Gigi and the duo seem to be enjoying each other's company. Gigi is unquestionably heating up things on the love front after her on-and-off relationship with singer Zayn Malik came to a definite end.