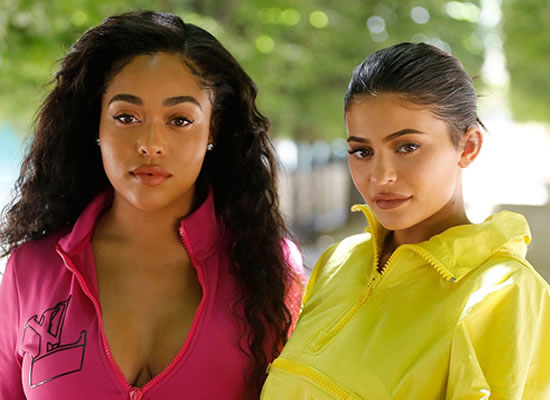 Hollywood stars Kylie Jenner and former best friend Jordyn Woods' friendship ended in the media world. Not only did it make headlines but Kylie was torn between her family and her bestie. As per media reports, Khloe Kardashian's partner Tristan Thompson had cheated on her with Kylie's bestie Jordyn Woods. As soon as the news surfaced, the Kardashian-Jenner clan found it hard to believe that someone so close to the family had betrayed them. The cheating scandal was lately the highlight of the season 16 finale of Keeping Up with the Kardashians.
Now, a short clip from the forthcoming season will see Kylie open up about her friendship with Jordyn. In the video, which was released recently, Khloe can be seen asking Kylie where her relationship with Jordyn stands after the cheating scandal with Tristan Thompson.
Khloe asks Kylie, "So Jordyn, do you miss her, wanna be friends with her?” Kylie responses, "I think that this whole Jordyn situation needed to happen for a reason — for me, for you, for her, for everybody."
Kylie further added, "She was my security blanket, she lived with me, we did everything together. I just felt like, ‘Oh, I have Jordyn, I don’t need anything else.’ And I feel like there’s a part of me that needed to grow without her. Sometimes people are there for certain reasons at certain times in your life and then not there for others."

Khloe appreciated Kylie for being mature in her decisions and understanding the situation. “I feel like we’re just all so lucky to have each other. A lot of the reason why I am who I am is because of you guys,” Khloe revealed later.