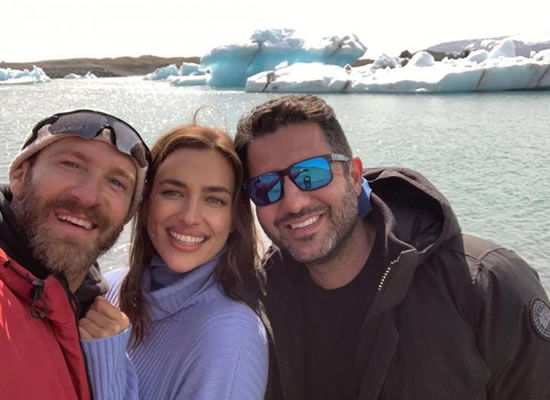 Hollywood stars Bradley Cooper and Irina Shayk, who had been together for four years, have split, as per reports. The Media had begun churning the impending breakup since February 2019, when the two made an appearance at the Oscars 2019. The tantalizing performance of Shallow from A Star is Born by Bradley and Lady Gaga sparked off affair rumours, instantly. But, news suggest that the flame between the now exes had extinguished, a while back. The pair has a two-year-old daughter, who they named Lea De Seine Shayk Cooper.
Irina made her first appearance since the breakup news broke out lately. The supermodel is presently in Iceland for a job assignment with her managing partner Ali Kavoussi and photographer Giampaolo Sgura. Irina Shayk did a photo-shoot at the Skaftafell national park. Ali shared a selfie of the trio flashing wide smiles and having the time of their lives.