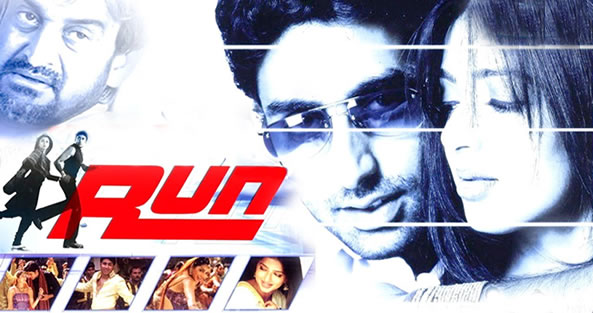 Run is a Hindi film released in the year 2004. It stars Abhishek Bachchan and Bhumika Chawla in the lead roles. It is directed by Jeeva and is a remake of the Tamil blockbuster of the same name starring Madhavan and Meera Jasmine. The film was produced by Boney Kapoor and Sridevi. The major portion of the film was shot at Marwah Studios in Noida.

An alcoholic professor is sent to a juvenile school, where he clashes with a gangster,.. more...

Rohan Bhatnagar (Hrithik Roshan) is a kind, happy young man who has been blind since.. more...
Home / Movies /Run