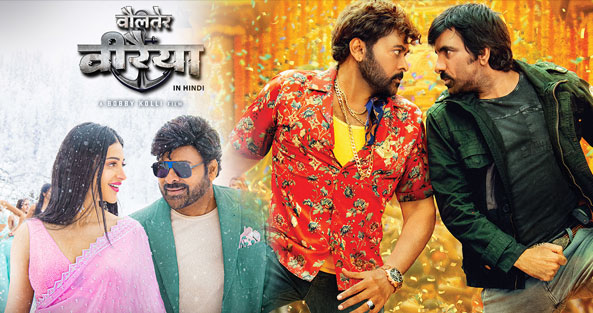 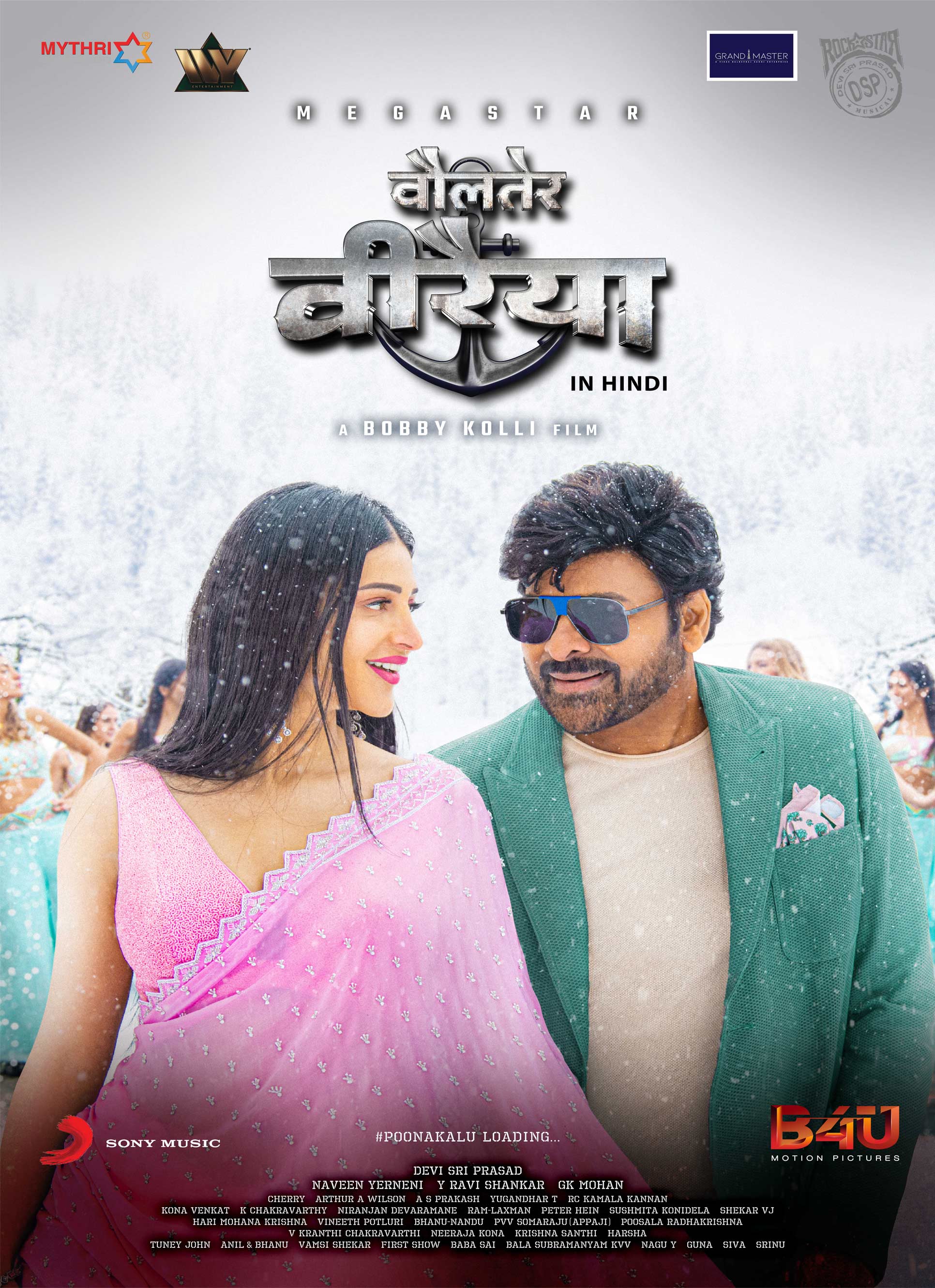 Waltair Veerayya, a notorious fisherman-cum-smuggler from Vizag, needs money to fight a court case. He is approached by CI Seethapathi, who tells him about Solomon Caesar, a notorious drug lord who escaped from RAW's custody after killing multiple police officers. Seethapathi, who was responsible for Caesor's custody, gets suspended from service. He asks Veerayya to extradite Caesar from Malaysia to India, in exchange for providing money. Veerayya accepts the deal and travels to Malaysia with his friends and Seethapathi's brother-in-law. They check in at a hotel owned by Caesar and devise a plot to kidnap him.

However, Veerayya misses the opportunity as he gets stunned by seeing Dr Nithya and her daughter, Vaishnavi, where Nithya angrily takes the kid away from Veerayya. Seethapathi's brother-in-law gets impatient and prompts Seethapathi to follow Caesar on their own without Veerayya's knowledge, only to get caught by Caesar. Veerayya arrives at the place and tricks Caesar into believing that they want to cut a drug deal with him, therefore saving the day. Later, Veerayya gets invited by Caesar to his private party where a group of masked assassins attempt to nab Caesar, but their plans are foiled by Veerayya, who later realises that they are the hotel staff.

They reveal themselves as RAW agents, led by Athidhi. Caesar expresses his admiration for Veerayya and offers to ask him anything in return for saving his life. Veerayya asks him to come back to India and Caesar agrees, but soon finds out about their ploy and they get busted. As Caesar assaults Athithi for information with his elder brother Michael Solomon on video conference, Veerayya retaliates and reveals that Michael was his ultimate target. Veerayya kills Caeser at the public fair in the Batu Caves, where a helpless Michael witnesses everything.

Past: Four years ago, Michael, in disguise as a fisherman named Kaala, acts as Veerayya's friend and confidant. Without Veerayya's knowledge, Michael supplies drugs from the former's ice factory. The newly appointed ACP Vikram Sagar, who is also Veerayya's half-brother, arrives in Vizag and begins a crackdown on the drug syndicate. During their childhood, Veerayya, who suffered from vertigo, accidentally let Sagar fall from a tree. Ever since, the brothers grew up separately. Though Sagar developed hatred towards Veerayya, Veerayya always loved him. Sagar is also happily married to Dr. Nithya and they bear a daughter Vaishnavi.

Sagar tracks down the origin of drugs in Veerayya's locality, but Michael manages to keep his cover. One day, the ice factory accidentally supplies cocaine, wrapped in ice to a school, which resulted in the deaths of 25 children. Michael subsequently frames Veerayya and plans to escape to Malaysia. Veerayya gets arrested by the police, who decides to kill him in an encounter to calm the public rage. Sagar, who believes that Veerayya is innocent, loots the seized drugs to lure Michael. He secretly arrives at the planned encounter shooting, in place of Veerayya to nab Michael.

However, the JCP, who is also Sagar's senior officer, is in cahoots with Michael, where he fatally stabs him, along with Michael's men. Michael manages to escape as Veerayya arrives, not before he shows his true face to him. Veerayya tries to take a heavily injured Sagar to the hospital, but he succumbed to his injuries on the way, revealing that he always had affection for him, but could not express it publicly due to his crackdown on the drug syndicate. Veerayya is stopped by the police and taken away. Sagar is deprived of state honours and labelled as a traitor by the police. Heartbroken, Veerayya decides on extraditing Michael to India for his testimony in court, before Seethapati shows him the way.

Present: Veerayya sets up Michael against his drug partner by blowing up his base of operations. The rival gang attempts to kill Michael, where he agrees to come to India with Veerayya and testify in court, in exchange for his life. With the help of Athithi, Veerayya brings Michael back to India. Following Michael's testimony, the court recognises Sagar's valour and grants him state honours, whilst also acquitting Veerayya of his charges. To fulfil Sagar's last wish of avenging the children's deaths, Veerayya severs Michael's head in the courtroom and is sentenced to prison.

Waltair Veerayya, a notorious fisherman-cum-smuggler from Vizag, needs money to fight a.. more...

Krishna Dev aka KD, a laid back cop, works in AP HIT, has to take up a gruesome murder.. more...
Home / Movies /Waltair Veerayya