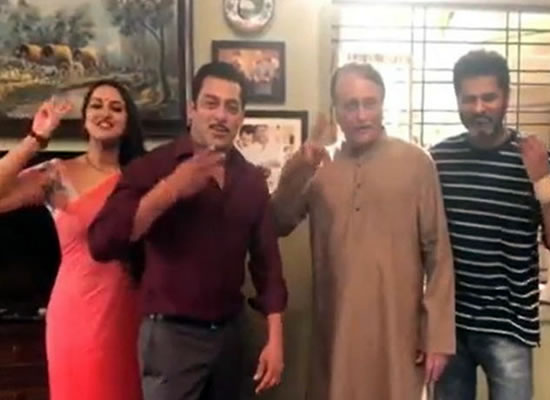 Film buffs have been wondering about the fate of Vinod Khanna's character in the Dabangg series ever since Salman Khan announced the threequel.
Now I can reveal that the late legend’s own brother Pramod will replace him as Chulbul’s pitaji Prajapati Pandey in Dabangg 3. FYI, Pramod will actually be making his acting debut in the action dramedy that’ll narrate Chulbul’s story through flashbacks, and he already thinks of it as his personal tribute to his brother. That’s probably the sweetest thing you’ll hear all day!