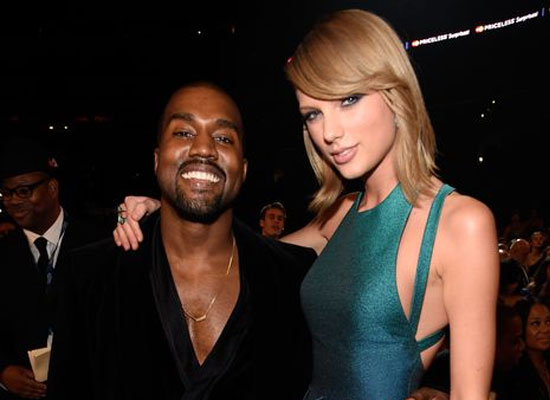 Hollywood star Taylor Swift encourages donation for Coronavirus victims and tells it matters more than the Kanye West phone-call controversy.
Hollywood biggies Taylor Swift and Kanye West's dispute dates back to 2016 when the latter's song Famous released globally. Much before the track's release, Kanye West called up Taylor Swift where he mentioned making a reference to her in the song and asked her to launch it. Little did Taylor know that Kanye West was to refer to her using the word b*tch which made her saddened after the song's release. But, the old clash rekindled once more when the video footage of the phone call between Taylor Swift and Kanye West leaked online a few days ago and this time Taylor Swift has acknowledged the controversy.
Recently, Taylor Swift has opened up on the Kanye West phone call controversy over the internet for the first time. She took to her Instagram Stories on Monday afternoon and broke silence on the issue of the leaked video while she urged her fans to give donations to Feeding America for the wellbeing of the Coronavirus victims. She has been giving donations to WHO and Feeding America during the Coronavirus outbreak and is requesting the fans to do the same. Fans who swiped up on Taylor's post were led to Feeding America's donation page.
"Instead of answering those who are asking how I feel about the video footage that leaked, proving that I was telling the truth the whole time about *that call* (you know, the one that was illegally recorded, that somebody edited and manipulated in order to frame me and put me, my family, and fans through hell for 4 years) … SWIPE UP to see what really matters", Taylor Swift wrote on her Instagram story.