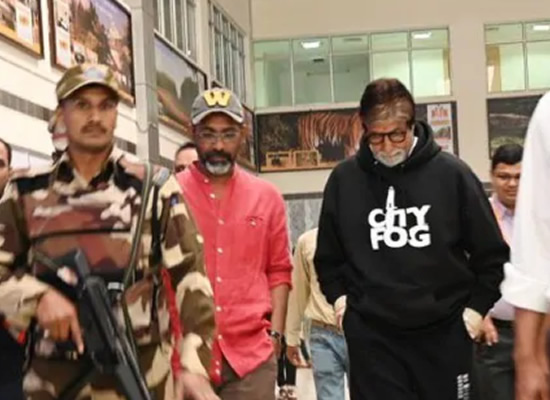 Amitabh Bachchan's Jhund is getting some unwanted publicity.
An independent filmmaker named Nandi Chinni Kumar has sent legal notices to the Big B and the film’s makers Nagraj Manjule, Krishan Kumar and Bhushan Kumar, alleging copyright violation. According to Nandi, he’d acquired the exclusive rights to make a film about the slum soccer player Akhilesh Paul, and was blindsided when a movie about Paul’s coach Vijay Barse was announced. He adds that the two scripts are too similar for it to be a mere coincidence. It’ll be interesting to see what the courts decide.