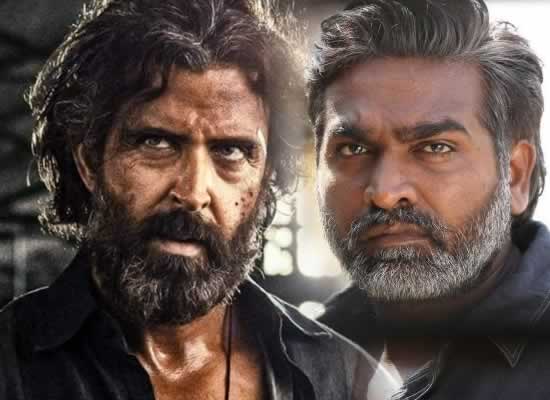 Nowadays, Bollywood star Hrithik Roshan has been leaving no stone unturned to promote his film Vikram Vedha which also stars Saif Ali Khan, Rohit Saraf and others in key roles. In a latest media chat, Hrithik opened up on dealing with comparisons with Vijay Sethupathi who along with R Madhavan was a part of the South movie of the same name.
During a media chat, when Hrithik was questioned if he is prepared for the comparisons, the actor stated that he never takes up a role thinking about these elements. He further added that this has not been his goal. It is not a thought in his head that he needs to deal with it. Hrithik adds that he has just taken a part and done it like how he would do it. “That is what I did when I was doing Agneepath when everybody was worried about the comparisons, but when I like something, I take it and give it my all. Then whatever it is, it is okay,” Hrithik replied.
About the film, Vikram Vedha is an action-thriller written and directed by Pushkar-Gayatri. It is presented by Gulshan Kumar, T-Series and Reliance Entertainment in association with Friday Filmworks and Jio Studios and a YNOT Studios Production. It will hit the big screens globally on 30th September 2022.