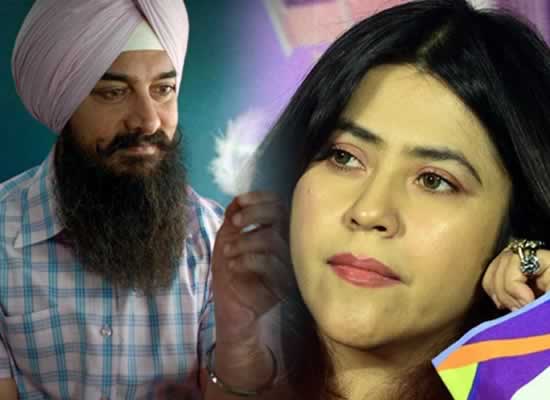 Aamir Khan and Kareena Kapoor Khan starrer Laal Singh Chaddha made it to the headlines even before its release and regrettably fell into a lot of controversies. Actually, netizens even began a trend to boycott Laal Singh Chaddha, but many celebs stood in support of the Dil actor and his team and criticized the boycott culture. The new name to get added to this list is Ekta Kapoor.
In a latest media chat, producer Ekta Kapoor talked about the boycott culture in Bollywood. She said that it is so strange we are boycotting the very people who have given the best of business in the industry. “All the Khans in the industry (Shah Rukh Khan, Salman Khan), and especially Aamir Khan are legends. We cannot boycott them. Aamir Khan can never be boycotted, the soft ambassador Aamir Khan cannot be boycotted,” added the filmmaker-producer.