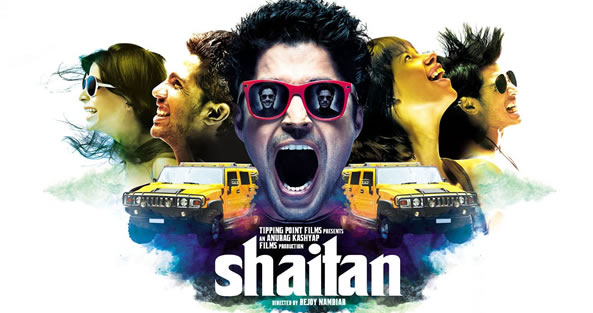 After the passing of her mother, and the entry of a step-mother, Amrita Jayshankar retreats into herself. Her father is summoned to her school and is told that his daughter may require counseling, but he refuses to believe and instead makes a donation to the school. Then Amrita meets with three males and a female, namely Zuben, Dushant Sahu, Karan Chaudhary; and Tanya Sharma respectively. Together they live it up with drugs and alcohol until things get out of control when they accidentally kill a couple. A corrupt police constable demands Rs.25 Lakhs to eliminate their involvement. Unable to come up with so much cash, the five decide to fake a kidnapping, demand the cash from Amrita's father, and clear their respective names. Amrita accordingly goes 'missing', and her father involves the police, who assign this case to once-suspended police inspector, Arvind Mathur. With the media getting involved, Arvind begins his investigation, but will soon find it hampered - complicating not only his assignment - but also his personal life.

Film is set in the backdrop of Money, Power & Business. largely based on the Stock market. more...
Home / Movies /Shaitan