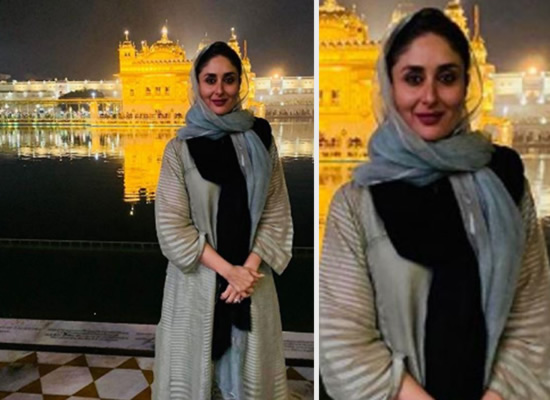 As we all know that Bollywood star Kareena Kapoor Khan has been roped in to play the lead in Aamir Khan's much anticipated Laal Singh Chaddha. The film has hit the floors in November and will feature Aamir Khan in the role of a turbaned Sikh. Laal Singh Chaddha is being shot in Punjab and it was reported that Kareena will be joining the shoot soon.
Now, Kareena is all set to begin shooting for the Aamir Khan starrer. The film will mark her third association with Aamir after 3 Idiots and Talaash. In fact, Kareena has also sought blessings at Golden Temple in Amritsar ahead of Laal Singh Chaddha’s shoot. In the photo, Kareena was seen wearing a grey coloured striped suit which she had coordinated with grey dupatta and a black stole.