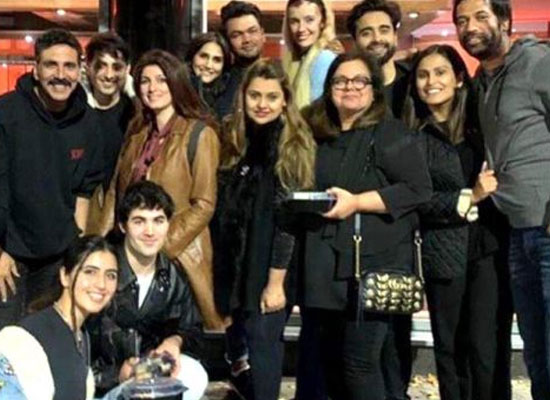 Lately, Bollywood star Akshay Kumar has resumed shooting after a break over five months. He has been shooting for his forthcoming film Bell Bottom with co-stars Vaani Kapoor, Huma Qureshi and Lara Dutta. The Bell Bottom team had flown to Glasgow to shoot the film.
Now, in a latest post on Instagram, Akshay posted a photograph with the whole team of Bell Bottom including Vaani Kapoor, producers Jackky Bhagnani and Deepshika Deshmukh and others. He disclosed that the team has wrapped the Glasgow shooting. “So many happy faces in one frame...that’s the result of a good schedule. Goodbye Glasgow, hello London #BellBottom,” Akshay shared in the caption on Instagram.