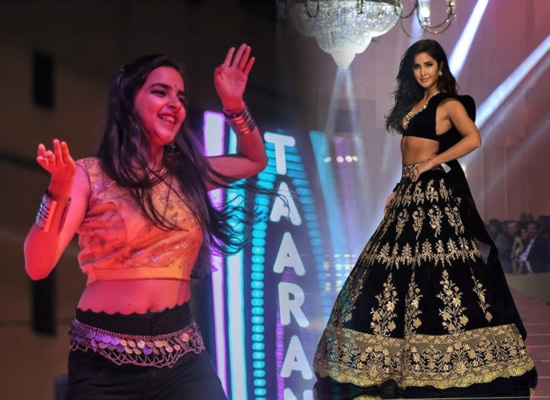 They may not speak much Hindi or travel frequently to India but make no mistake, they are as influenced by Bollywood films, dance and music as their parents are. Find out how and why.
The new multicultural Canada is an eclectic mix of hundreds of different cultures, creating interesting new flavours and fusions that makes the country increasingly unique. Among these, the South Asian influences are easy to sniff out. From Butter Chicken Poutine to Bollywood Zumba fitness classes, fashion trends inspired by Indian film stars to Honey Singh’s bhangra music in high school dances, Indian culture, most notably through films and music, strings all South Asian souls together, across the generations, first and second.
This is quite antithetical to the trends a few decades back when South Asian children raised on Canadian soils were commonly disconnected from the culture back home. Today, vibrant Indian film music pulls second generation Canadians to the floor, just as much as Justin Bieber does, whether they comprehend the words or not.
Why does Bollywood films and music resonate with the youngsters more deeply than ever before? How do these films and music value-add to their world?
Nikita Biswas, 23, who moved to the GTA (Greater Toronto Area) from Dubai with her parents at the age of 5, throws more light.

Nikita Biswas: “Any Hindi I know now is because of the influence of Indian film and music TV channels at home.”
“There was a dichotomy in my life. Growing up, I came home to a different lifestyle than the one I was exposed to in school,” she says. “I spoke only Bengali at home because my parents are from Kolkata, West Bengal. No one speaks Hindi at home. But I was exposed to Hindi films and music on a daily basis because my parents are avid fans and TV channels like B4U, Zee and Sony were on all the time at home.”
“Initially I needed subtitles but my comprehension of the language got better with time. Any Hindi I know now is because of the Hindi film and music TV channels at home.” The influence of Indian film music was not limited to her home.
“A large majority of my classmates in school were Indian. Bollywood film music was often played in our high school dances and community events.”
Nikita explains that at least half the students in her class had South Asian origins. South Asians in Canada belong to a rather diverse group with dozens of languages, food habits, attires and several religions standing between them. While some like Nikita Biswas are not much familiar with Hindi (the primary language of Bollywood films) others like Vanshita Uthra, are fluent in the language despite growing up here because it is spoken at home. Subtitles on screen come to the rescue for those who are not familiar, integrating everyone into the community.
Vanshita Uthra: “Dancing to Bollywood songs make me feel more connected to our culture.”
“Every year in March, we had school festivals that encouraged us to showcase our culture,” says 17 years old Vanshita Uthra who moved from Uganda and India with her parents at the age of 8. “I was a regular participant in these culture fests and community events,” she says.
Her inspiration as a dancer came from the glamourous Bollywood film stars who she grew up watching on TV channels.
“When I was little, I saw dance shows and Indian films on TV that my mother and grandmother often watched. I wanted to grow up dancing like them. I used to look up the songs on YouTube and practice the steps. Dancing to film songs makes me feel more connected to our culture,” she says.
India Cinema Goes Global — Toronto Hosts IIFA, Generating Millions for the Economy
The trend of showcasing Indian films to high school students first started in North Toronto back in 1966 when S.G.P. Jafry took the initiative to screen them to high school students in the area. In 1969, the first Indian cinema in Canada was introduced. Soon many others followed. Albion Cinema is one of the few theatres in Toronto that screens Indian films exclusively.
Although there are several theatres screening Indian movies now, Indian TV and music channels brings India’s cinematic heritage right into the homes and hearts of all Canadian South Asians, bridging generations now.
The increasing popularity of Indian cinema can partly be attributed to the efforts of young Bollywood filmmakers who are rapidly stepping out of traditional cookie-cutter storylines to explore other genres that non-resident Indians can relate to.
The International Film Academy (IIFA) awards takes it a step further by hosting the glamourous shows in international destinations such as London, Amsterdam and Dubai, every year.
In 2011, Toronto became the first North American city to host the IIFA. Not surprisingly the Rogers Centre was packed to capacity, generating an estimated 10 million dollars for the city. The IIFA awards is one of India’s biggest and most watched media events with a viewership of over 600 million globally.
The philosophy with which Canada was created may well be yet another reason behind the rising popularity of Bollywood culture among the youth today. Canada celebrates diversity. Immigrant parents in Canada are encouraged to hand down the value of tradition to their children. The government funds organizations that promote culture and ethnic ties. The country is a mosaic where each culture is celebrated, not a melting pot like the USA.
As the love of Bollywood films sweeps across all generations, brought right into homes from the theatres through popular Indian TV channels such as B4U films and music, here’s the million-dollar question. Will advertisers wait for shows such as IIFA to make their millions once every few years or welcome the changing media consumption and lifestyle trends and spring into action now?
This story by Joyeeta Ray is the second in the series exploring the increasing influence of Indian TV film and music channels on Canada’s largest ethnic minority demographic — the South Asian Community, and the investing opportunity that is waiting to be tapped there.