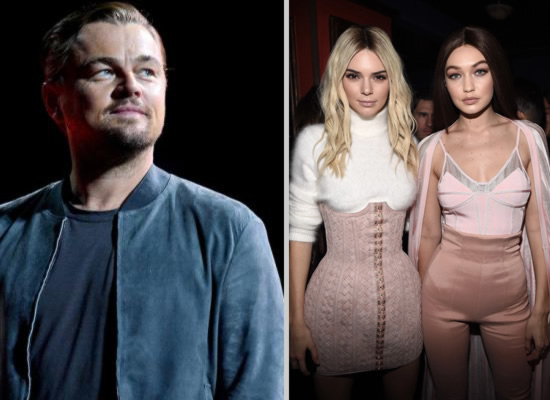 Recently, Leonardo DiCaprio was spotted partying with his friends until the sun came up in Miami. Leonardo, who was in the city to attend the Art Basel Miami, an annual fair that previewed on December 5, absolutely owned the after-party that kept going till 4:30 in the morning. He was joined by his buddies Kendall Jenner, Gigi and Bella Hadid.
As per a media reports, Leonardo entered the club and was later joined by 50 people including Kendall, Gigi, Bella and American art dealer Helly Nahmad, who happens to be a good friend. After hanging out with the group for a while, DiCaprio left with two of his guy friends at 6 AM.