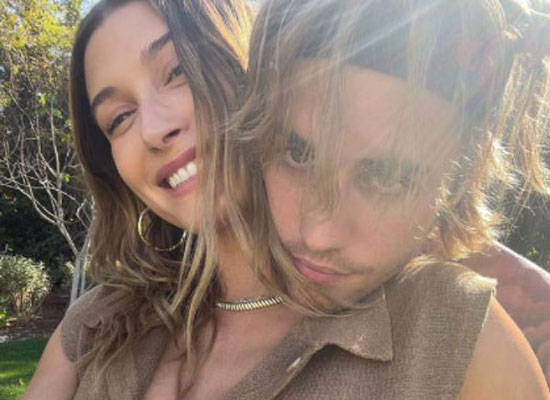 Hollywood's powerful couple Justin Bieber and wife Hailey Baldwin often indulge in social media PDA and it truly is a treat for their admirers. Lately, the Canadian pop singer did just that as he dropped a loveable selfie with Hailey in it. In the lovely pic, Justin can be seen resting his face on Hailey's shoulders as the super model snaps up a picture.
While the sun-kissed picture was all things heartwarming, thanks to Hailey's wide smile, the caption also stole the show. Justin remarked his better half as his best friend as he captioned the pic, "Go best fwend." Justin went shirtless for the pic while Hailey wore a brown sleeveless shirt with gold hoops and a neckpiece.