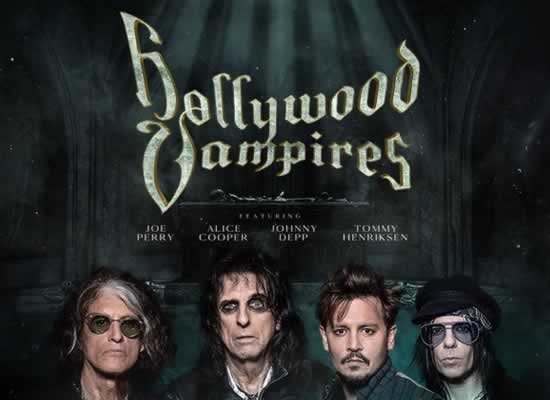 Hollywood star Johnny Depp is headed to Europe for an overseas tour with his band Hollywood Vampires, which includes rock luminaries such as Joe Perry, Alice Cooper and Tommy Henriksen.
As per a tabloid, the supergroup had earlier cancelled a tour back in March because of pandemic-related hindrances. "We kept trying to make it happen, but unfortunately due to the uncertainty of Covid travel restrictions, it is just not possible," they wrote in a statement at the time.
Now, the group plans to reunite with enthusiasts in Germany and Luxembourg for a scheduled six shows. It will be quite a bit of a wait, however, as their first gig isn't until next June at the Rudolf Weber Arena in Oberhausen, Germany. Their last show will be on June 30 at Zitadelle in Mainz, Germany.
Depp has been performing along with Jeff Beck as a guest on his live shows which made headlines when the actor travelled to Europe to begin performing with the legendary guitarist just prior to his trial verdict in a lawsuit against ex-wife Amber Heard.
Depp has since joined Beck again for a run of shows in Europe until the tour wraps up on July 25 in Paris.
Beck and Depp have also collaborated on a new album, '18'.