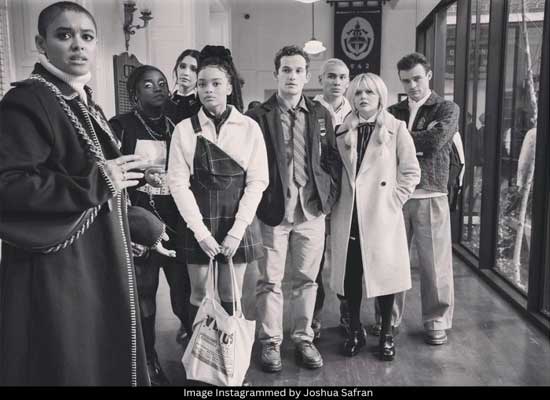 Just after two seasons, HBO Max has decided to cancel 'Gossip Girl' reboot and hence the series finale will drop on the platform on January 26. The first season of the show had premiered in July 2021 and the series received mixed reviews. “We are very grateful to showrunner/executive producer Joshua Safran, and executive producers Stephanie Savage and Josh Schwartz for bringing us back to the Upper East Side and all the scandals at Constance Billard," HBO Max said in a statement, as per Variety.
“Although we are not moving forward with a third season of ‘Gossip Girl,’ we thank them for the enticing love triangles, calculated backstabbing and impeccable fashion this series brought to a new audience," the statement further read.
The second season of 'Gossip Girl' reboot was given a green light in September 2021 and HBO had then said that the first season had achieved "record viewership" for the platform, reported Variety.
The second season of the show had premiered in December 2022.
“So here’s the goss: it is with the heaviest of hearts that I have to announce GOSSIP GIRL will not be continuing on HBO Max,” series showrunner Joshua Safran wrote on Instagram.
“The EPs and I will forever be grateful to the network and studio for their faith and support; the writers for their devious brains and dexterous talent; the superstar cast for being the greatest of collaborators and friends; and the crew for their hard work, dedication and love for the project. This was honestly the greatest set I ever worked on, top to bottom. We are currently looking for another home, but in this climate, that might prove an uphill bottle, and so if this is the end, at least we went out on the highest of highs," Safran wrote further.
'Gossip Girl' reboot is based on the series that went by the same name and ran for six seasons from 2007 to 2012.
Click here for full story…