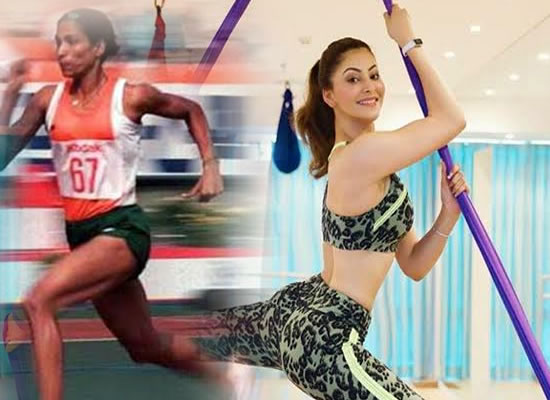 As per reports, Urvashi Rautela wants to act in PT Usha's biopic because of her athletic background.
"Not many people know I am an athlete. I am a national basketball champion. I was the girls' captain of the team. I am a sportsperson, so I think no one can be a better choice than me for the role of PT Usha. I have been a racer. I have participated in a lot of hurdles and races, and won many. So, I think I will fit in any sports biopic. Also, the filmmakers will not have to waste their time in terms of training me," Urvashi revealed to a media source.
The names of Bollywood celebs as Katrina Kaif and Priyanka Chopra have been floating around as possible aspirants for the role. But, there is no confirmation. Presently, Urvashi is busy promoting her forthcoming movie "Pagalpanti", a comedy directed by Anees Bazmee. Talking about working in a Bazmee directorial, she said: "It was a fabulous experience. He is a very sorted filmmaker who knows what he wants."
"Pagalpanti" is scheduled to hit theatres on November 22.