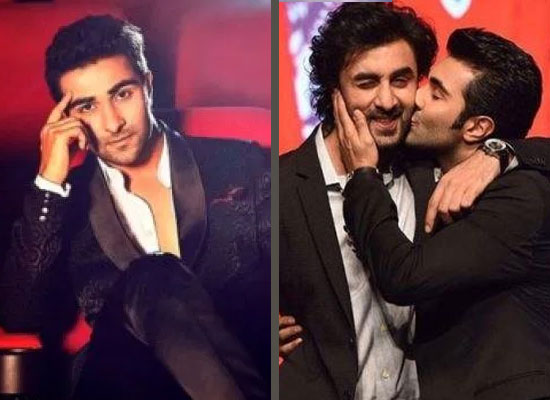 Bollywood star Ranbir Kapoor's cousin brother Aadar Jain Aadar made his digital debut with Hello Charlie. Earlier in 2017, he made his Bollywood debut with a movie titled Qaidi Band. Now, his latest movie Hello Charlie got released on an OTT platform on Friday.
Recently, in a media chat, Aadar has spoken about nepotism, how he met casting director Shanoo Sharma and more. Aadar confessed that he got the chance to be an assistant director to ace filmmakers like Karan Johar and Farah Khan. But, he believes that finally to create a space in the industry one need to work hard and talent is also important.
He also revealed that he understood that people thought the opportunities came to him easily as he is the late legendary actor-filmmaker Raj Kapoor’s grandson. “I can agree with them to a certain extent that maybe you have a foot in the door; you can call a producer, a director, you have people’s numbers on your phone. But finally, you have to show your hard work, you have to show your talent,” he further revealed. The actor also told that he feels the odds are really the same for everyone.
“I’ll give you an example. Many people ask me about this. Yes, I got the opportunity to assist big directors like Karan Johar and Farah Khan, who were big directors that my mother and family have known for many years,” Aadar further told.