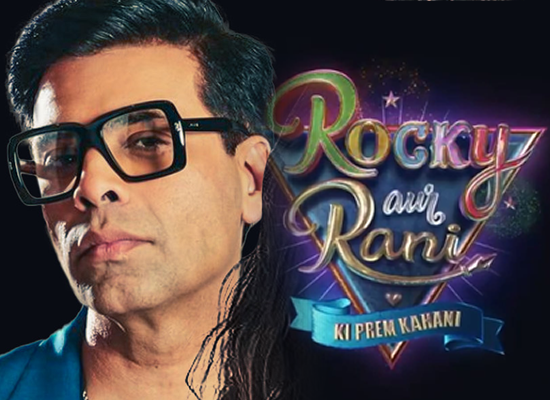 Starring Ranveer Singh and Alia Bhatt in the lead, the film Karan Johar's next directorial Rocky Aur Rani Ki Prem Kahani's announcement had disclosed that senior stars Dharmendra, Jaya Bachchan and Shabana Azmi will also be a part of it.
Now, in a latest media chat, Karan has talked about Rocky Aur Rani Ki Prem Kahani and revealed that it is not a romantic comedy. Lately, Karan was questioned about his project Rocky Aur Rani Ki Prem Kahani. The filmmaker who returns to the helm after 2016 shared his excitement about directing a film. Further, he revealed that Ranveer and Alia starrer is not a 'romantic-comedy but a 'family dramedy.' Karan said, "It's a family dramedy. It's not a rom-com. Quintessentially, at heart, it is a family dramedy. It's got comedy, love, but it's a family movie. It's a film about their grandparents, their parents and themselves. It is of course Rocky Aur Rani Ki Prem Kahani but it's also about Rocky Aur Rani's grandparents, it’s also about Rocky Aur Rani's parents. There's a lot of interplay of relationships in the film."
Furthermore, speaking about working with senior stars Dharmendra, Jaya Bachchan and Shabana Azmi, Karan disclosed that it ends up ticking many boxes on his bucket list. He revealed, "I'm really excited to work with cinema veterans. There's Dharamji, Shabana Ji and Jaya Ji all together. I have never worked with Dharamji and Shabana Ji ever, nor has the company and I'm vastly excited to actually be able to direct them. Many many ticks on my bucket list. With Jaya aunty, of course, I've done a lot of work before and I'm excited to be back with her on set. More than anything else, I'm excited to be back on set. Excited to be directing a feature film."