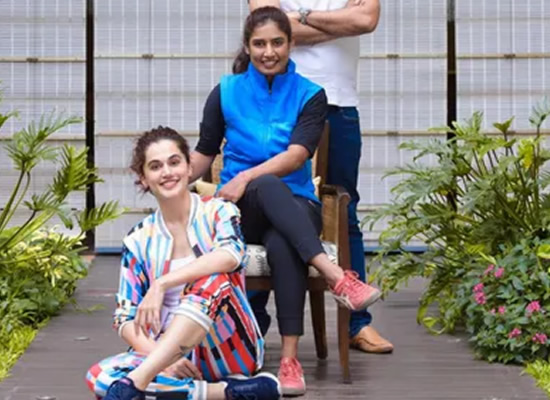 The blitz of cricket-centric films isn't ending.
Ranveer Singh will star as Kapil Dev in ’83, Shahid Kapoor will play an older batsman in the Jersey remake, and now Taapsee Pannu might bring the top run-scorer in women’s international cricket to life on screen too. Taapsee’s in talks to step into Mithali Raj’s spikes for a Viacom 18-backed biopic. If all goes well, she’ll hit the nets in early 2020 to learn how to play like the former captain before filming begins mid-year. Mithali has said she hopes the movie inspires more young girls to take up cricket. We hope it does too!