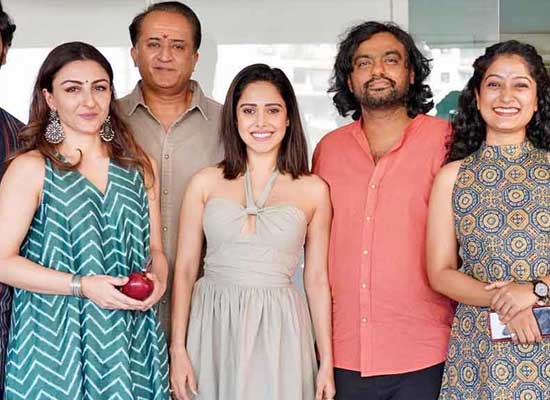 As per media updates, Bollywood actress Soha Ali Khan has joined the cast of Nushrratt Bharuccha's horror movie, Chhorri 2. It is the remake of 2017 Marathi movie Lapachhapi, which rotates around a pregnant woman whose unborn child is targeted by evil spirits. The movie premiered on Amazon Prime Video on 26 November 2021. Later, in December after the success of part one, a sequel was announced by Nushrratt. The Ram Setu actress will be seen essaying the lead role in the sequel.
Recently, Soha Ali Khan took to her social media handle to reveal her fans that she will be part of the horror movie Chhorri 2. She shared pics on her Instagram handle and she posed with Nushrrat. She captioned the post: "Thrilled to share with all of you that I will be entering the Chhorii universe in a truly unique role. I can't wait to show you guys what we have in store for this edition… #Chhorii2 #FilmingBegins."
Speaking about entering the Chhorii universe, in an official statement Soha Ali Khan expressed her excitement and told, “I am thrilled to join the cast and be a part of the world of Chhorii. The role that I play in Chhorii 2 is truly unique and a significant departure from the work I have previously been a part of. I really enjoyed the first edition of Chhorii, and am excited to up the horror quotient in this edition.”