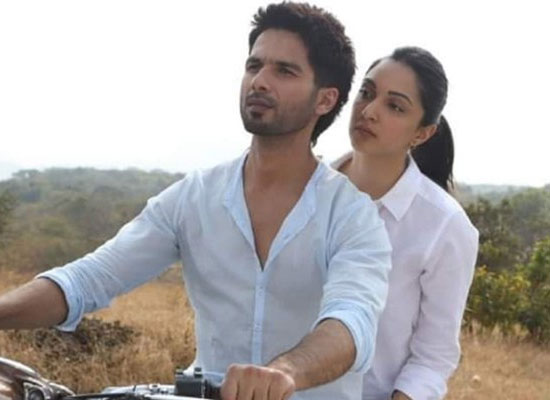 Film Kabir Singh's star Kiara Advani celebrates her 28th birthday on 31st July. Her admirers took to social media to trend #HappyBirthdayKiaraAdvani on Twitter.
Amidst all these birthday wishes, it was Shahid Kapoor’s wish for his Preeti that brought a smile on our faces. In the early morning, Shahid Kapoor took to Instagram to pen a Kabir Singh style wish for Kiara as she shared a still from the film and along with, Shahid wrote, “Happy Birthday Preetiii… Kabir’s wishes for you ki tujhe kabhi koi touch na kare…”