Sarika opens up on her comeback with Uunchai! Wed November 30th, 2022 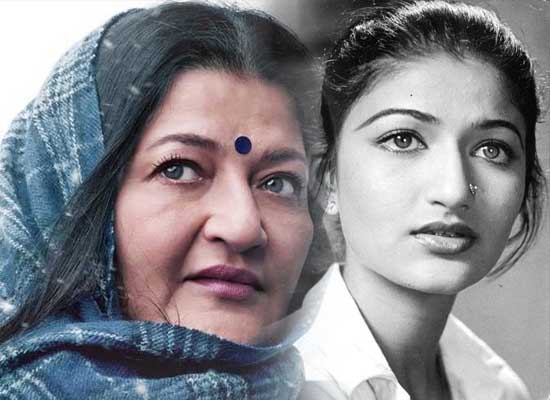 Recently, National Award-winning actress Sarika made comeback in the Sooraj Barjatya's Rajshri Productions with film Uunchai after a gap of almost 50 years after their movie Geet Gaata Chal (1975). She began acting when she was 5. The path was undoubtedly not easy for her but quite a rollercoaster ride, full of ups and downs, successes, and setbacks. 55 years in showbiz and it has been a story full of many twists and turns for Sarika.
Recently, the Hey Ram actress opened up about what kept her always moving and looking at the positive side while going through personal struggles and emotional turmoil.
"The rollercoaster kept me moving. It had its moments of fear, moments of thrill, and excitement and it goes down & up. That's the fun part and instead of looking at the lows and celebrating the highs, that's a good way to go ahead I feel. Besides working at the age of 5 which is not an ideal thing as you should be going to school, having proper childhood, and playing but that doesn't happen and you look at only the brighter side. We don't know how life is going to unfold but someone up there knows what life is all about, they know the screenplay. If you look at that, getting a break with BR Chopra, working with Sunil uncle, Madan Puri, all through the childhood that was my school, childhood," revealed Sarika.
In 2016, Sarika decided to take a break from acting and joined theatre. "That was a very conscious decision to not act. I just did backstage like production side, the rough and tough work," the Jab Tak Hai Jaan actress disclosed.
On breaks and making comebacks, Sarika answered, "It came naturally. I'm a very passionate actor but I am very comfortably taking breaks. I don't know how many times I have done that. The first time when I took a break, I wanted to stop because I had done enough work. People start at 25 but I had lived my whole life in front of the camera by that age. It was the most rewarding moment for me and focus my shift on personal life because that needed 100 percent. In 2016 when I took a break, as a person and not an actor I felt I was waking up and going to sleep and wasting days of my life. I consciously decided to not act so that I don't wait for the role to come."
Did she face judgements for her choices and making comeback in the industry? The Parzania actress disclosed, "When I took a break in 2016, few people told me- 'Listen, you are getting super excited just because you made a comeback last time after 18 years. You think you will be able to do this but you won't be able to make a comeback because you are not as young as you were 18 years ago'. But I was ok with that because I'm real."