Neetu Kapoor opens up about her bonding with son Ranbir Kapoor! Mon May 10th, 2021 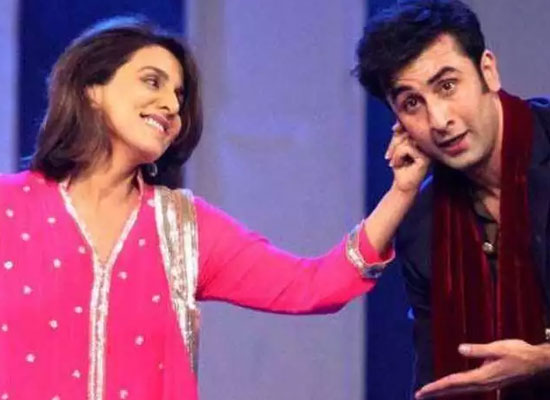 Recently, on Mother's Day, Neetu Kapoor has opened up about how her relationship with her son Ranbir Kapoor has evolved ever since the passing away of Rishi Kapoor. In a media chat, Neetu disclosed how she and Ranbir discuss film scripts and even watch good as well as silliest of the movies together.
Elaborating on her relationship with Ranbir, Neetu disclosed that since she said yes to do Jug Jug Jeeyo, she and Ranbir have bonded even more. For the information, Neetu is making a comeback to the silver screen with the film co-starring, Anil Kapoor, Varun Dhawan and Kiara Advani.
Neetu told, "We always discussed movies, Ranbir and myself, we discussed actors, we discussed performances, since the beginning. We’ve always had that relationship. That’s our passion. I am a total movie buff."
She further revealed, "Now, I am discussing my roles. Any movie offered to me, I will discuss with him. It’s a better bond now, because now I am discussing myself. Earlier we were discussing other people. But now it is better. He also discusses his films with me when he wants, though he makes his own decisions. But once in a while he also wants my take on the script. So, we have that relationship of movies, scripts, performances and now it’s become even better (sic)."