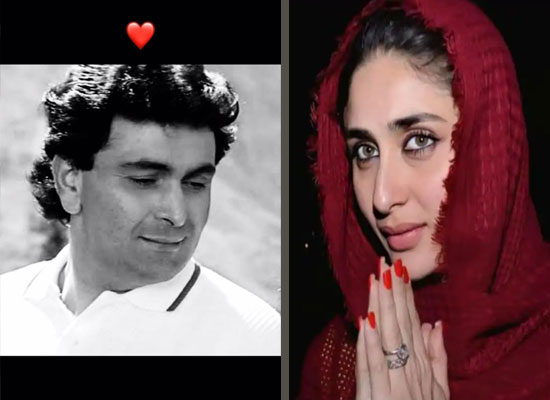 A year ago, Rishi Kapoor left for his heavenly abode on 30 April 2020 and left everybody in mourning. Today, on his first death anniversary, his admirers, friends and family members have been recalling him in their thoughts.
Recently, Kareena Kapoor posted a throwback pic that featured the late actor in a much younger avatar. Remembering the legendary actor, Kareena posted the pic on her Instagram story along with a heart emoticon. With it, she joined Neetu Kapoor, Riddhima Kapoor Sahni and other family members in offering a tribute to the legendary star of Hindi cinema. The veteran star Neetu Kapoor also shared a whole-hearted note on her husband's death anniversary.