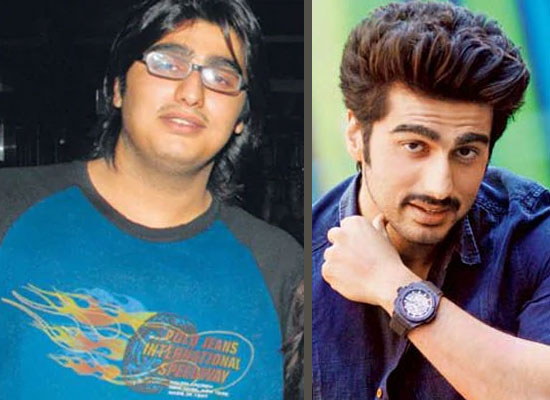 As we all know that Arjun Kapoor is one such actor who has regularly faced criticism for being overweight. Recently, he has talked about the same issue and said that he was not just a fat child but was facing a health issue.
In a latest chat with a daily, Arjun told, “People don’t know what I have gone through. I have been battling obesity for the longest time. It was not easy. My underlying health condition has always made it a struggle for me to remain in a certain size or shape. I have been criticised a lot for my physique because people believe that actors are supposed to be seen in a certain body type. But they haven’t seen my struggle. I have to only prove it to myself and to people who believe in me.”
The actor had shocked everybody when he underwent a major body transformation. He lost weight for his debut film Ishaqzaade. As reported he was at 140 kilos and lost 50 kilos for the film. The romantic drama was released in 2012.
As per reports, the actor further revealing, “When my films weren’t working, the negativity just mounted on me. You could be crumbling from inside while putting on a brave face.”
On the film front, he will be next seen in Ek Villain 2 and Bhoot Police, which also stars Saif Ali Khan, Yami Gautam, and Jacqueline Fernandez.