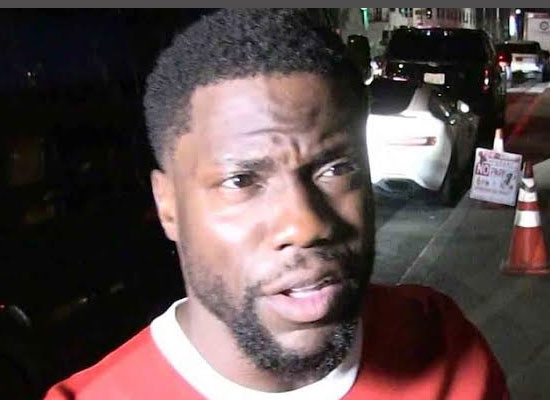 Hollywood star and stand-up comedian Kevin Hart who had a near death experience after the horrific car crash on 1 September is recuperating slowly and steadily. Hart, who suffered deep injuries, has now been discharged after 10 days and is recovering from his injuries in a rehabilitation facility, a source revealed to a daily.
Hart's wife Eniko Parrish had said to media sources outside the hospital last week that Hart is doing “great” and is expected to fully recover. "He’s gonna be just fine. He’s good, everybody’s good. Thank god. He’s fine, he’s awake," she told as she returned from a coffee run.
Kevin Hart underwent a major back surgery as his spine had to be operated on. The actor has an intense physical therapy to look forward to and as per reports he may at least take four months of full recovery to return to normal work life. The accident has affected Kevin Hart's jam packed work schedule.