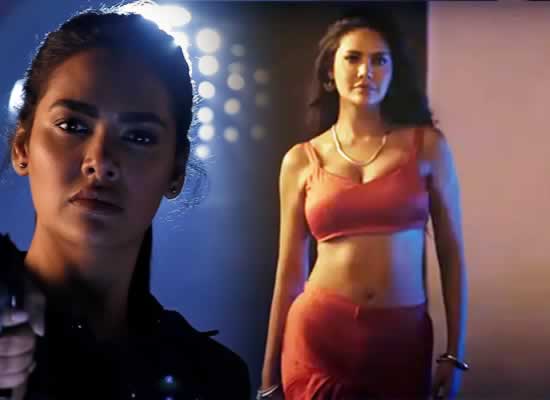 Actress Esha Gupta enjoys a huge fan following on social media. Presently, she is on cloud nine as her latest project Ek Badnaam… Aashram 3 received lots of admiration from the audiences. For the information, Esha is the latest addition in the third season of Aashram, starring Bobby Deol in the lead role. She essayed the role of Sonia who is an image builder in the web series.
Recently, in a media chat, Esha revealed on choosing characters with grey shades. While speaking to the news portal, the actress told that it is easy to play the damsel in distress However, it is tougher to play grey shades or strong ones. Esha further revealed, "I think it's not because of any other reason, but the entire perception of what being a woman is like. I'm not saying this with respect to society, the entire world feels that a woman needs help. There’s a perception that a woman can’t reach anywhere status wise. She is considered physically weak because human society has taught us to think that way. If you look at the animal kingdom, things are different. It's the lioness, who actually goes out, preys and attacks to get the food. The lion doesn't do anything."